Texas is always an exciting place to visit for any tourist. Besides the usual destinations of Dallas, Fort Worth, and San Antonio, Amarillo is also a great place to visit in Texas too. You can expect to spend at least one full day here, but if you can allot more time that will give you more time to explore. 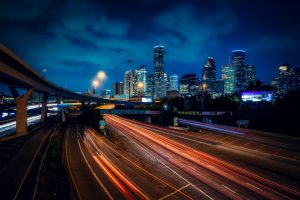 Amarillo is the fourth largest city in the state. There are almost 200,000 people living in this city, which is still small compared to LA or Chicago. Amarillo used to be called Oneida, and like many Texas towns the cattle market was a popular form of industry. This city is popular for housing a nuclear weapons facility, and meat packing. It’s also where they assemble the V022 Osprey hybrid aircraft. Amarillo has warmer weather than much of the US in the summer, but is a dry city with little humidity. Winter weather can be much like in the Pacific northwest, but minus the rain, and rarely snow. There are many great natural and manmade attractions in the city. The Lighthouse pinnacle in Palo Duro Canyon is to the south of the city. It will give the photographer some spectacular scenic photographs. 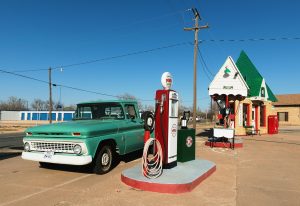 There are over fifty parks in Amarillo. The largest are Medical Park, Thompson Memorial Park, and Memorial Park. There is also a skatepark off the west of the city for those who enjoy skating. Many visitors want to see the Texas Panhandle War Memorial to learn more about this period of time. There is also a Vietnam War Memorial to commemorate those who lost their lives overseas. For people who enjoy opera and the ballet there is the Globe-News Center for the Performing Arts. The Amarillo Civic Center also has a 1300 seat auditorium with some great shows planned for the upcoming year.

Amarillo also has the Amarillo Zoo and the Wonderland Amusement Park. For those who enjoy art and natural history, there is the Amarillo Museum of Art and the Don Harrington Discovery Center. The Amarillo Botanical Gardens are lovely to visit during the spring and summer months. The English Field Air and Space Museum showcases aircraft from history, as well as past space missions. To get to Amarillo you can drive in or fly to the Rick Husband Amarillo International Airport. There is also bus service, but the city is currently is not served by an train passenger service at this point.

There are over 70 different hotels to stay at in Amarillo, from the Holiday Inn to small boutique hotels. Price ranges can vary for every budget. There are hundreds of restaurants to enjoy in this city. Expect plenty of beef and ribs, and Mexican food. There are also many popular food chains located here. Westgate Mall and Wolfin Center are two larger malls with an assortment of popular and individual stores offering everything from clothing to the latest technology. If you’re ever visiting Texas it’s worth stopping in Amarillo to experience what big city life is like.